How a Little Girl’s Dog is Helping Her to Breathe 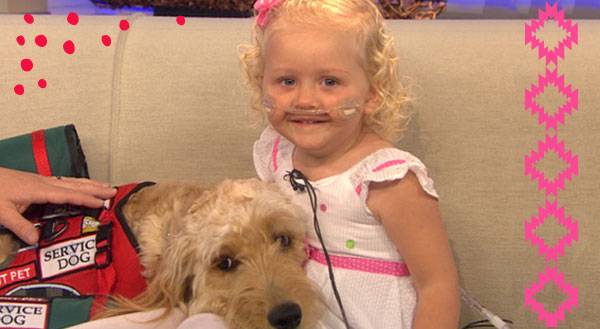 When she was just a baby, 5-year-old Alida Knobloch was diagnosed with an extremely rare lung disease. Luckily, Alida has Mr. Gibbs to help her! 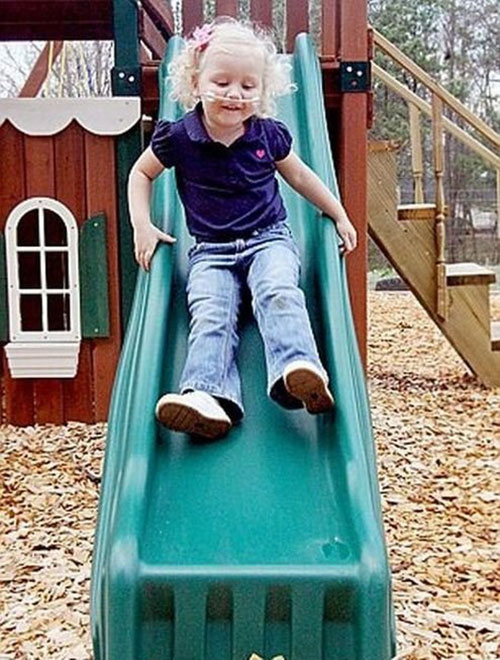 Alida has neuroendocrine hyperplasia of infancy (NEHI), a condition that makes it impossible for her to breathe without an oxygen tank. But how can a little girl carry around a heavy oxygen tank... especially when it's time to play?

Mr. Gibbs is a Goldendoodle service dog that's been trained to carry Alida's oxygen tank on his back. He'll follow Alida wherever she needs to go—even to the playground! 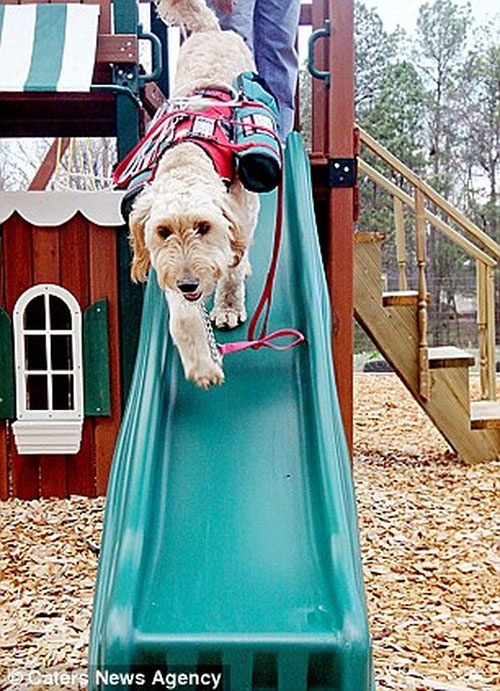 Mr. Gibbs is a playful puppy, but once he dons his service vest he turns into a serious professional. 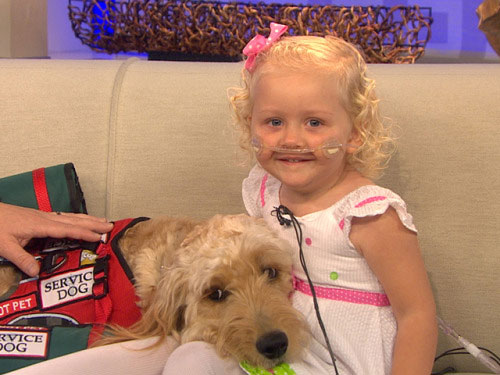 In the evenings, while Alida is hooked up to heavier tanks, Mr. Gibbs can be a regular house dog. 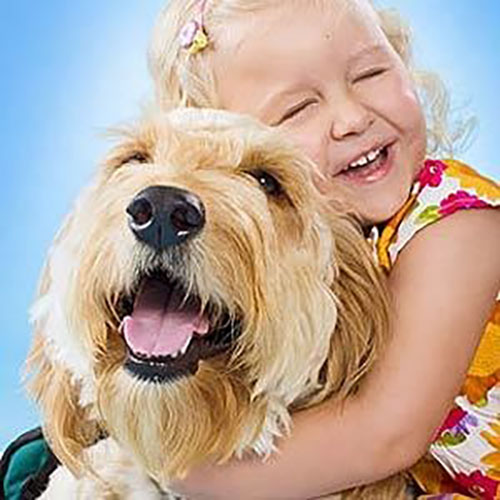 Mr. Gibbs is Alida's best shot at having a normal childhood. He goes to kindergarten with Alida, and the Knobloch family hopes that the pup will give her confidence to interact with the other children. 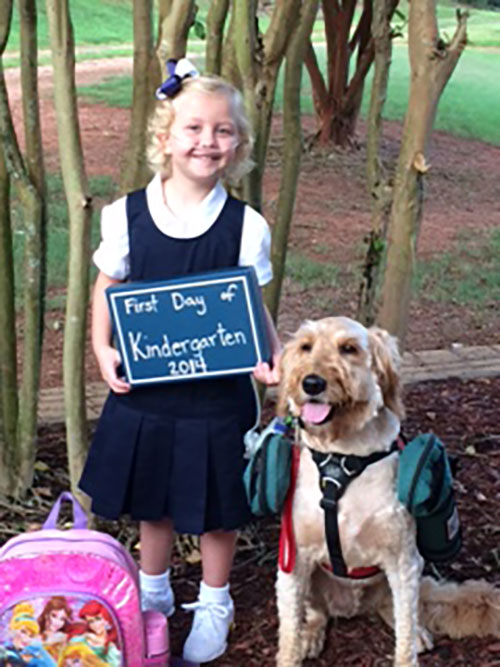 "She loves to show her dog off," Alida's mother said in an interview with Reader's Digest. "He's really opened her up to talk about her oxygen."

Doctors think that Alida might eventually be able to survive without oxygen during the day, and the family looks forward to the day when Mr. Gibbs can retire:

"As much as we love him and he will always be part of our family, we long for the day he can be just a normal dog because Alida no longer needs him," Alida's mother said.

Until then, Mr. Gibbs will be attentively providing Alida oxygen no matter where she goes, be it school, the playground... or Disneyland! 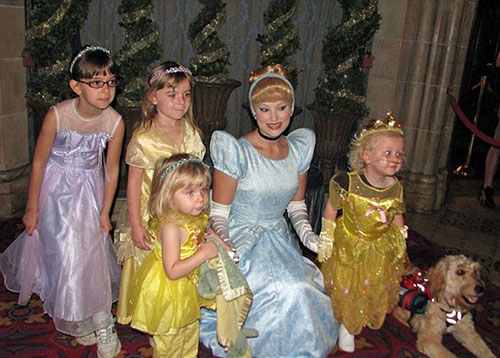 PAWS UP to this incredible service dog. Mr. Gibbs is, well, a breath of fresh air.