The Top 10 Cartoon Cats of All Time 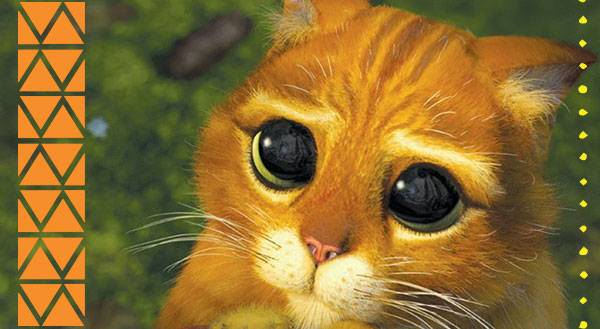 10. Si and Am from Lady and the Tramp

These dastardly cats are most likely the reason the population can be split into "cat people" and "dog people." So why include them on the list? How could we not! The Siamese cats are iconic troublemakers who did everything in their sneaky cat powers to destroy Lady's good dog reputation. Don't these two evildoers make you wonder why it's dogs that are called bitches? 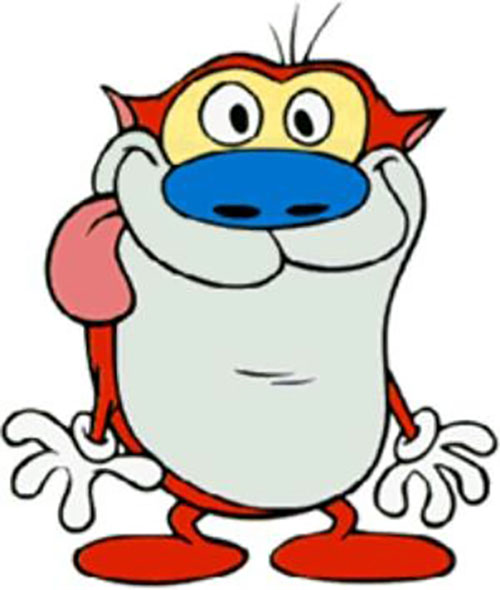 Ah, Ren and Stimpy. The cartoon that parents immediately regretted letting their kids watch. Stimpy the cat was as honest and sweet as he was stupid, -- although with a catchphrase like "Oh Jooooooooy," maybe he was smarter than the rest of us, finding pleasure in the simplest things in life. 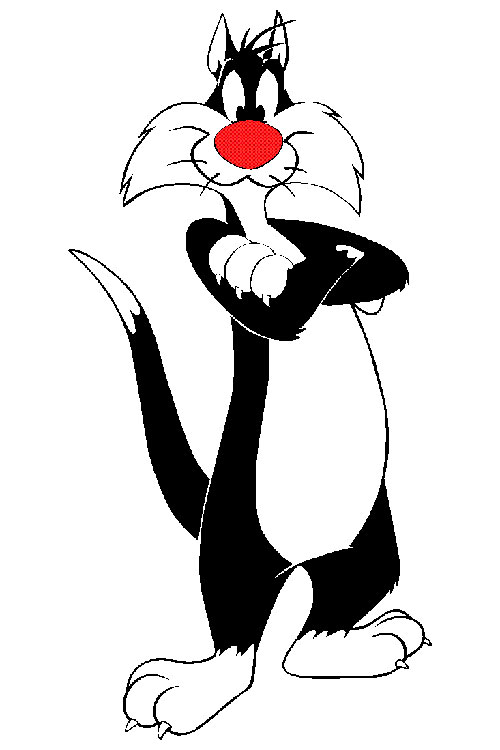 Thufferin' thuckatash! This lisp-ridden puddy tat comes in at #8. His constant battle to consume Tweety Bird is both endearing and terrifying at the same time. Lucky for our fine-feathered friend, Sylvester isn't playing with a full bag of kibble, and so the struggle continues to survive to another 'toon, another day. 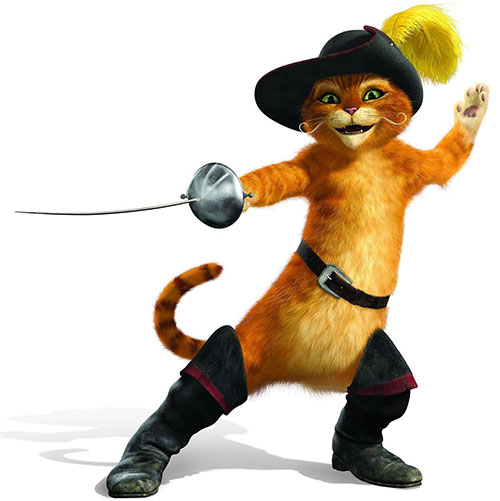 Some of you may be crying foul at this cat's place on the list. We originally put this smooth-talking cat burglar at #10, but then this happened:

OKAY YOU CAN HAVE #7. STOP BEING SO CUTE. 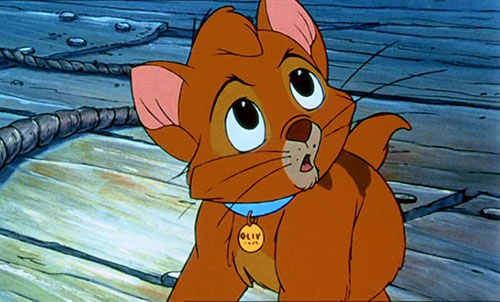 This small-scale cartoon classic took the super depressing story of Oliver Twist and made it about cats and dogs. Of course a few things had to be cut from the story (Nancy being beaten to death, for one), but what was left made for a sweet, earnest movie. And no one was more sweet or earnest than Oliver. 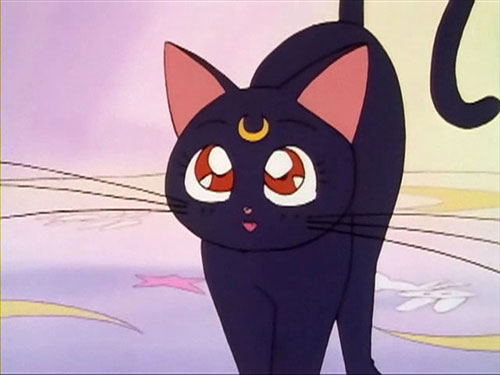 In the wonderful world of Japanese anime, where very leggy schoolgirls can call on the mystical power of the planets when they're not busy falling in love with masked strangers, someone – or some creature, more accurately – had to be the voice of reason. We'd take advice from Luna any day. 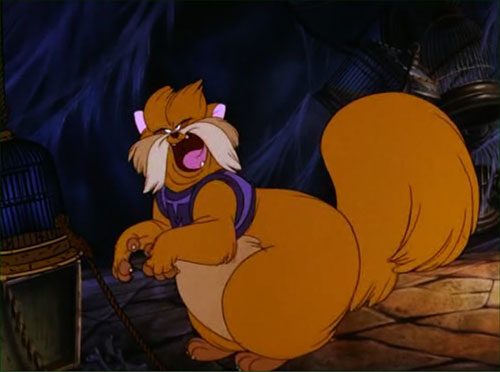 When the Mousekewitz family came to America, they were promised a land without cats. Boy, were they wrong. Hungry street cats, barely better than common thugs, viciously hunted the mouse-immigrants. That is, all but one cool cat, Tiger. A lover, not a fighter, Tiger was a vegetarian before it was cool, and although he might also a scaredy-cat, Tiger always pulled through in the end with good humor, if not grace. The "learning to be a dog" montage in An American Tail: Fievel Goes West is one of the funniest training montages – real life, cartoon, live action, whatever – of all time.

3. Tom from Tom and Jerry 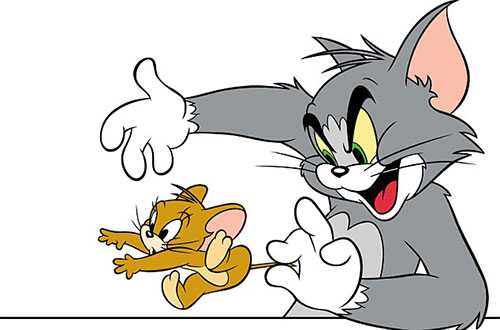 Tom was the OG cat in the highly successful "chase genre" that also gave us Elmer Fudd/Bugs Bunny, Wile E. Coyote/Road Runner, and of course, Tweety Bird/Sylvester. His bumbling attempts to catch a clever mouse have delighted folks since 1940.

2. All of the Cats in The Aristocats 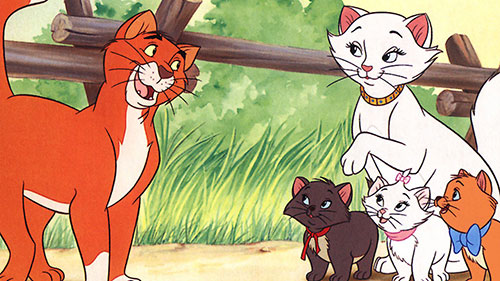 Thomas O'Malley the alley cat is the coolest sonofabitch, uhm, sonofapuss ever drawn. He's smooth yet respectful, wild but refined. Of course, he's no match for Duchess, who should have been named Queen because DAAAAYUUUM. Talk about equal measures classy and resourceful! And the kittens are adorable. Guh. This movie is the best. 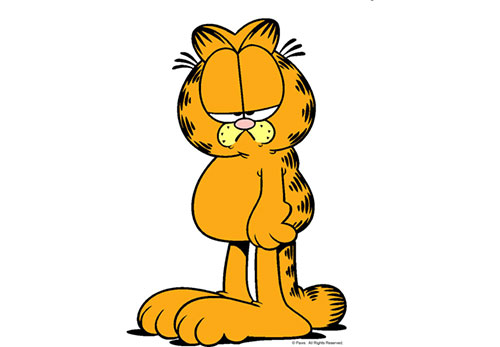 Who else? Garfield the cat has been capturing the perfect balance between feline ennui and furry mischief since 1978. We've all been Garfield before. Garfield is us. The best part? If he knew we'd given him the top spot on this list, he'd just roll his eyes and go back to napping.

Did we leave out your favorites? Disagree with our order? Sound off in the comments!