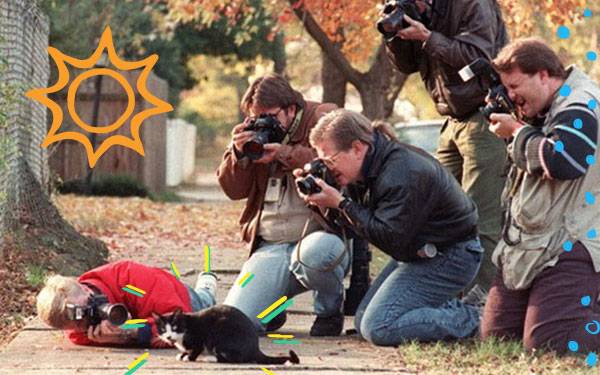 When you think of The Queen of England and her over 60-year reign, you undoubtedly think of her obsession with corgis, don’t you? 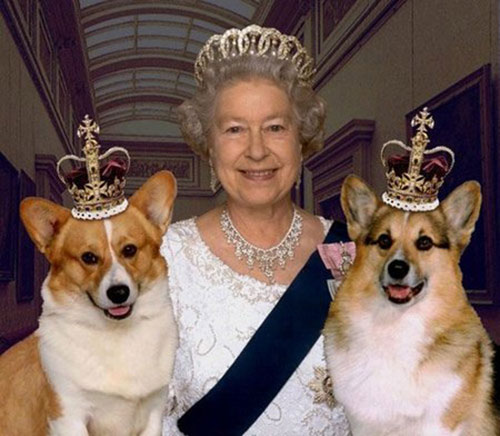 But there is some SHOCKING NEWS that came out of Great Britain recently: the Queen will not be adding any more corgis to the royal household. She’s afraid that, in her advanced age, she might trip over one of their cute little butts. It doesn’t do to have a monarch with a broken hip now, does it? 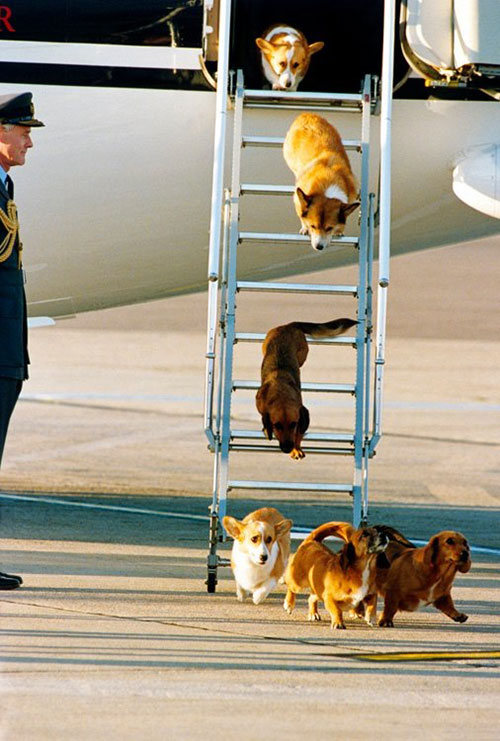 A stampede of Royal adorableness.

So now that we can’t fawn over her coterie of corgis anymore, we need to find some new Royal pets to celebrate. We found 13 rulers who are just as pet-obsessed as you are!

1. King Albert and Queen Paola of Belgium… and their Creepy Cats 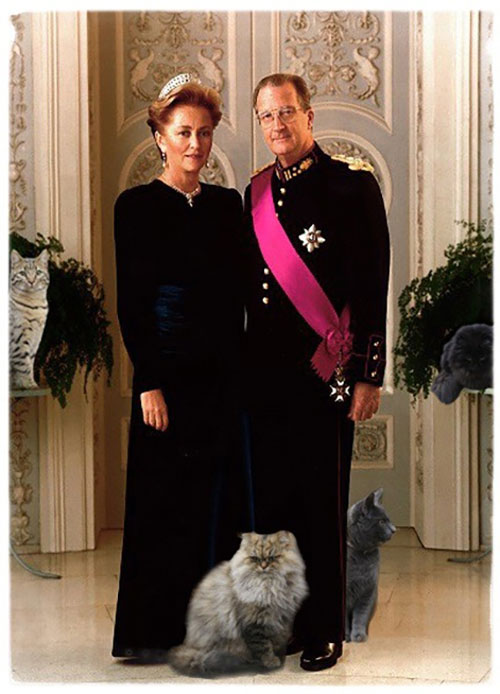 Even though King Albert abdicated in 2013, this official Royal Cat-trait will forever be ingrained in our memories.

2. Prince William with Lupo the Labrador 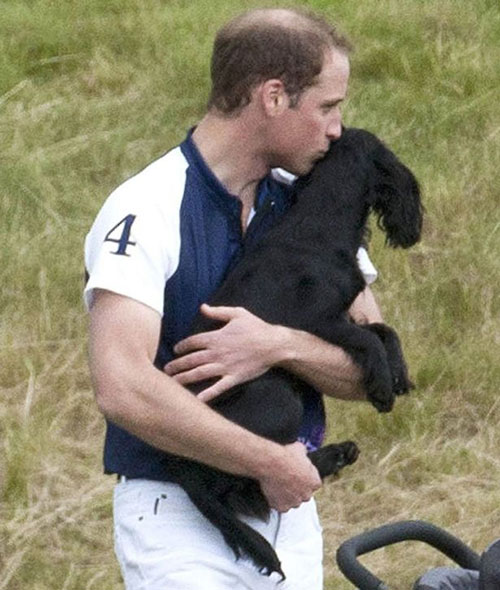 This image of Prince William kissing Kate Middleton’s Labrador, Lupo, made the whole United Kingdom swoon. Who cares about that Royal Baby now? 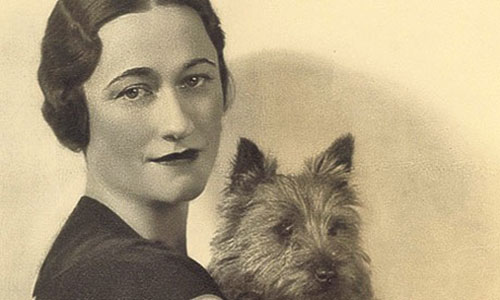 The legendary home wrecker was rarely seen without a portable pooch. Luckily her terrier didn’t care that she was a calculating divorcee.

4. Princess Grace and her Poodle 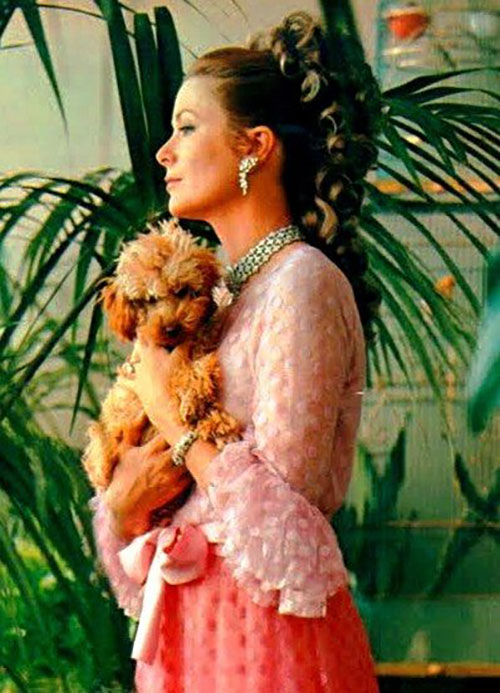 Grace Kelly was Hollywood Royalty and actual Royalty who had a soft spot for poodles after co-star Cary Grant gave her one when filming To Catch a Thief together, 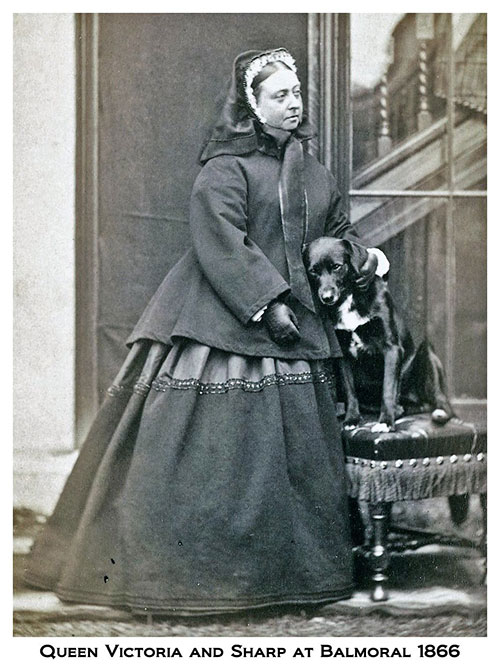 Sharp was Victoria’s constant companion after Prince Albert died. You can still see a monument to the Border Collie at Windsor Castle. 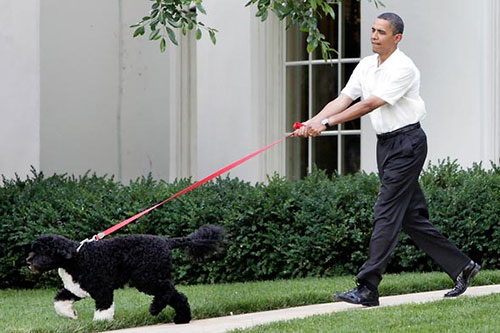 When Bo has to go, the running of the country has to wait. 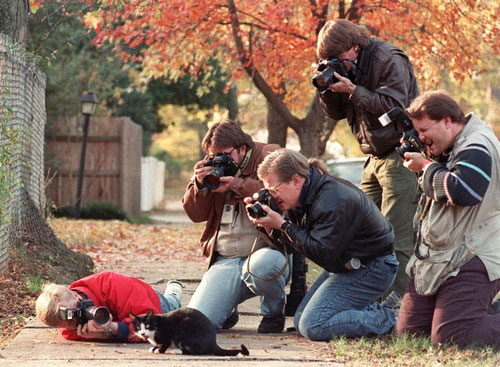 Socks was one of the most popular presidential pets. Here he is, being hounded by the paparazzi.

8. Catherine of Aragon and her Monkey 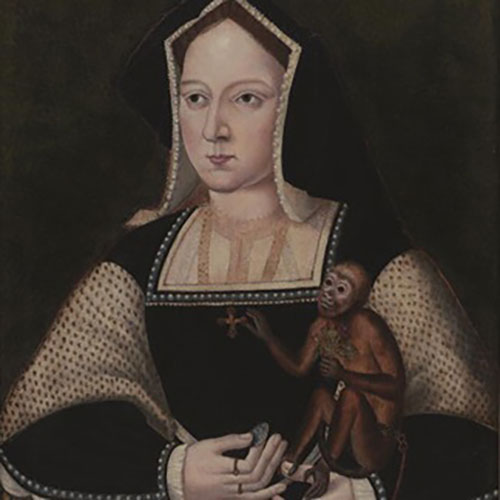 The first of Henry VIII’s six wives, Catherine had a pet monkey to keep her company while Henry was divorcing her for Anne Boleyn. 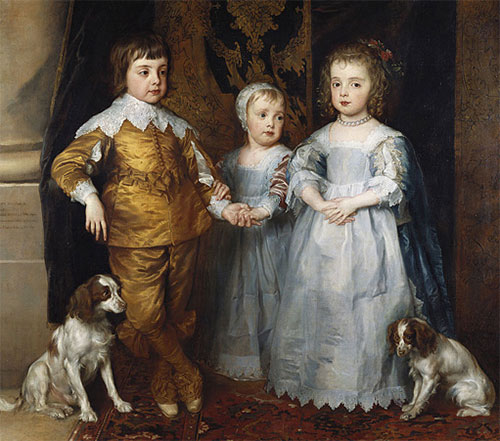 A whole breed of dog was named after this British Monarch of the Restoration.  Here, his offspring pose with those adorable dogs. (The dogs are cuter.)

10. The Duchess of Alba, her Stylish Relatives, and their Dog 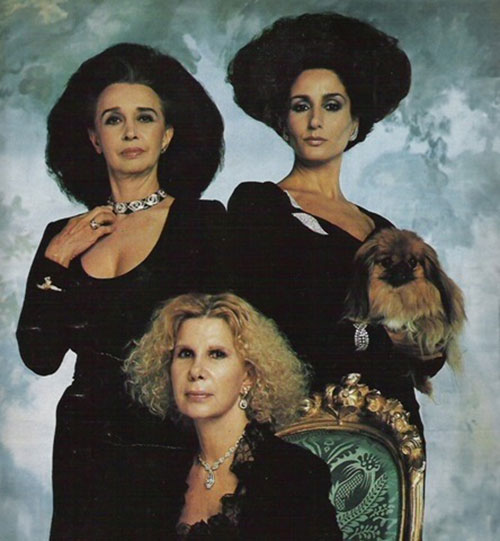 The eccentric Duchess of Alba (seated), who passed away a few months ago, was known for rocking bikinis into her eighties. She also took a fierce photograph with the Duchess of Feria and the Countess of Romanones and dog. 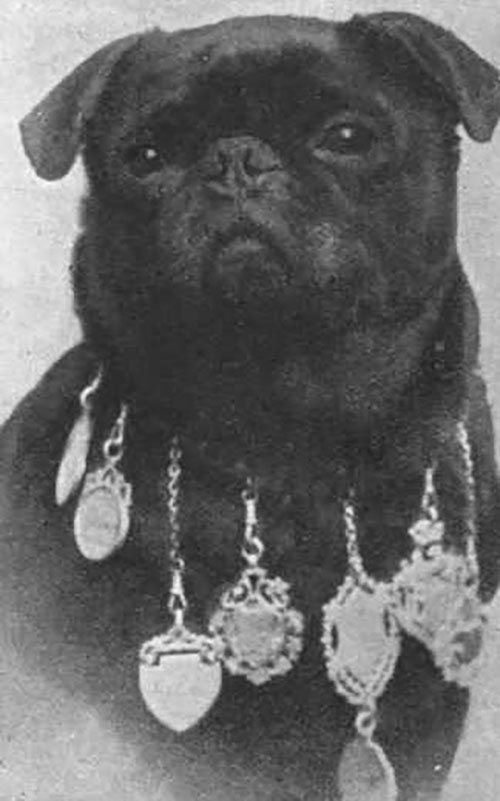 Queen Victoria’s decorated pug looks like a war hero, and is a pioneer of pet bling.

12. Prince Hisahito of Japan and his Rabbit 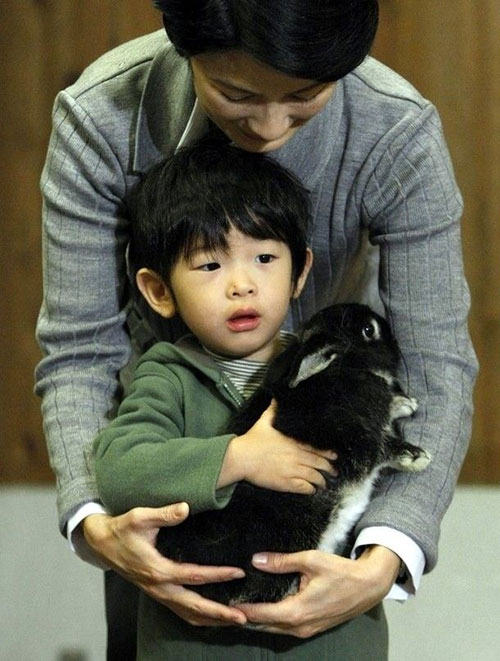 The only thing more adorable than this tiny Japanese prince is his love for cuddly creatures.

13. The Duchess of Devonshire with her Chickens 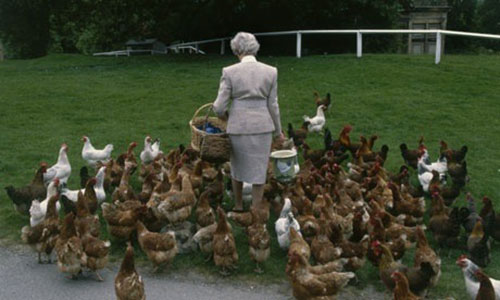 The late Duchess was passionate about the pet chickens she let roam around her estate. (The Duchess doesn’t seem too concerned about tripping over her pets, Lizzie.)

Now that you’re more educated about Royal pets, you’ll have some new creatures to fawn over once Buckingham Palace is corgi-free. 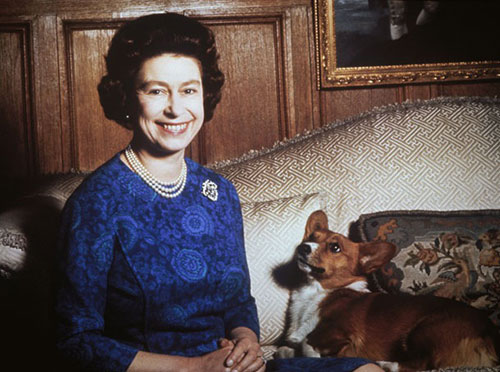