11 Cartoon Pets and Their Real-World Counterparts 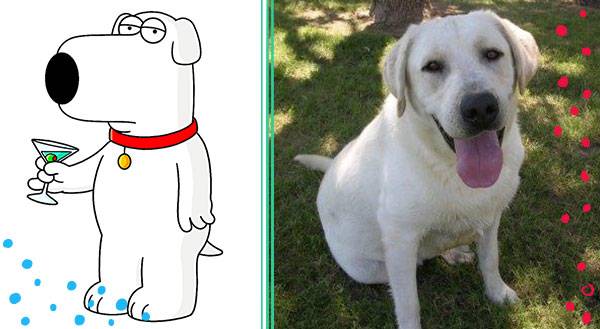 If you were the kind of kid that got up at the crack of dawn on Saturdays to watch cartoons, you probably remember that anthropomorphic animals ruled the early morning airwaves.

These wisecracking creatures don't have to just be a childhood memory—tons of animated animals have real world counterparts!

Here are 11 cartoon critters and the animals that inspired them:

1. Snoopy the Beagle, from Peanuts

While real life beagles probably don't moonlight as the Red Baron, they do make great hunting dogs! They're very sweet and good-natured, so they'll probably let you put bunny ears on them the next time you want to reenact It's the Easter Beagle, Charlie Brown!

2. Yogi Bear, the Grizzly from The Yogi Bear Show 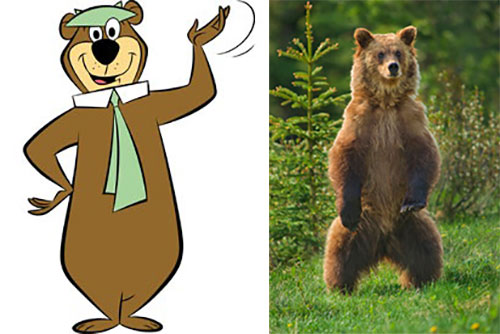 Yogi was smarter than the average bear and loved to steal pic-a-nic baskets from unsuspecting campers... an average bear would probably maul you if he thought your PB&J looked good enough.

3. Garfield the Cat from Garfield 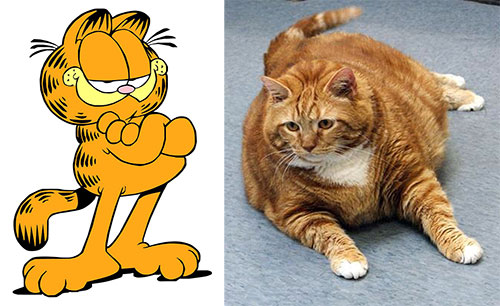 Garfield is the ultimate fat cat: he lies around all day, eats, and gets annoyed by his human companion. Sounds like just about any cat, except we don't recommend feeding your pets any of Garfield's favorite treat, lasagna.

4. Scooby-Doo the Great Dane from Scooby-Doo, Where are You? 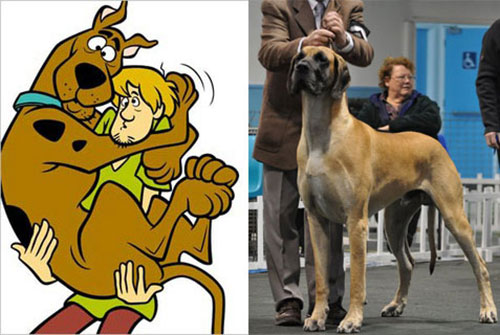 Great Danes are known as the "Gentle Giants" of the dog world. They're sweet, friendly and not nearly as tough as their size might indicate. That's probably why Scooby was always jumping into the arms of Shaggy whenever something spooky was about. The Great Dane is a model for another famous comic strip dog, Marmaduke—but we think that dog needs to lighten up with some Scooby snacks.

5. Si and Am the Siamese Cats from Lady and the Tramp 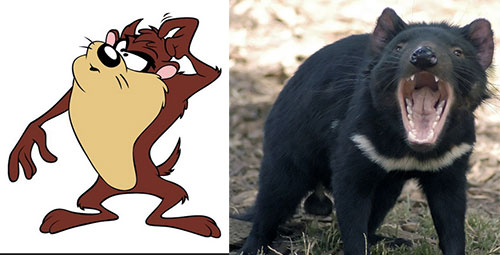 7. Dino the Dinosaur from The Flintstones

According to The Flintstones, Dino was a dog-like Snorkasaurous. While the "Snorkasaurous" never existed, Dino is kind of similar to a dwarf sauropod like the Europasaurus. No word from archeologists about whether this kind of dinosaur was any good at fetching! 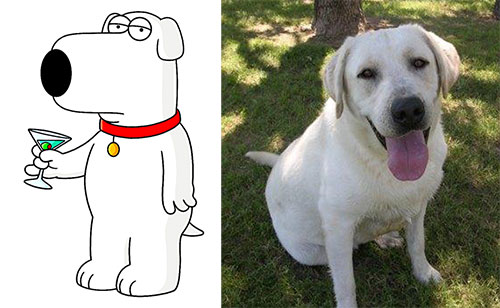 There's a reason Brian is such an integral part of the Griffin household—labs are not only one of the most common assistance dogs, they're smart and loyal, too. Brian, who can talk and drive a car, is definitely smart. Loyal? Not so much.

Gary is SpongeBob's cat-like pet. Real sea snails don't actually meow like Gary does, but you know what? Real sponges don't live in pineapples under the sea. Hate to break it to you, sponge fans.

10. 'Santa's Little Helper,' the Greyhound from The Simpsons 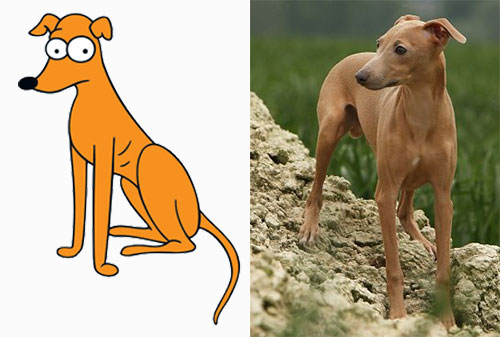 The Simpson's loyal family dog began as many real greyhounds do—as a racing dog, abandoned by its owner when he was no longer able to compete. Good thing he's been able to spend the past 25 years in Springfield with a loveably weird family.

Rufus was a happy mole rat that lived in hero Ron Stoppable's pocket. Actual naked mole rats are incredibly resilient; because they lack an important neurotransmitter, they literally feel no pain. This makes them the perfect sidekick in dangerous missions.

Whether they're hanging out on your television screen or in your back yard, these animals are worth waking up early for.