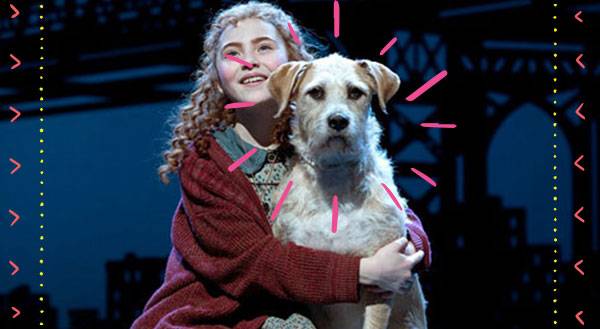 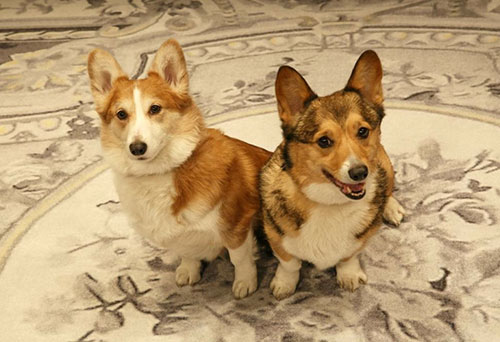 These adorable 10-year-old rescued corgis Marco and Mimi got to cuddle up with Helen Mirren every night in the 2015 production of The Audience. They are living proof that "Fantasies Come True"!

2. She Beat a Hard-Knock Life 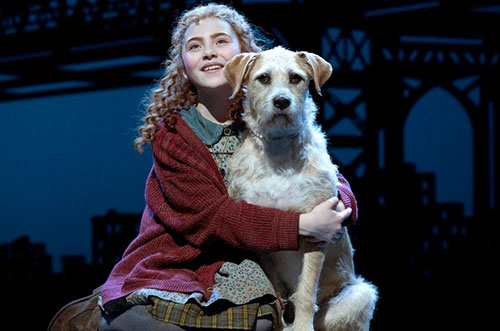 Sunny was only 2 days from being put down at a Houston Animal Shelter when the producers for the 2012 revival of the musical Annie felt that "Something Was Missing" from the pool of pups they had available to play Annie's beloved pet dog Sandy. Thanks to her poise, calm, steady demeanor, and some natural born dance chops, Sunny ditched doggie skid row and made her way to Easy Street as the cutest member of the cast. (Sorry, Annie!) 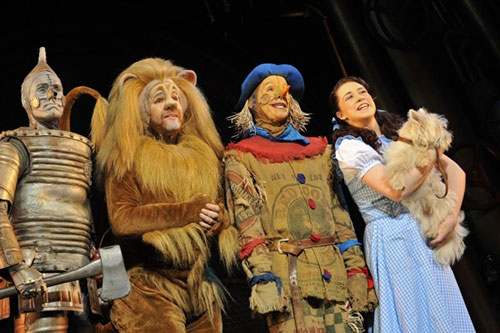 Although it's not Broadway, London's West End is its UK counterpart. In 2011, four West Highland White Terriers were "Over the Rainbow" when they were cast as Toto in a revival of The Wizard of Oz. The Independent's theater critic Paul Taylor called one of the Westies, Razzle, "endlessly endearing," and noted "he didn't put a paw wrong." It's impossible to know if it's the applause, or the treats, that pulled out the winning performance. 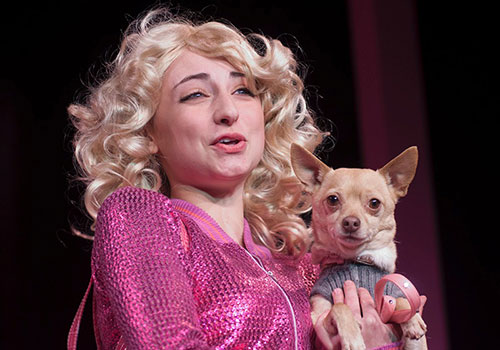 A rescued Chihuahua named Chico became a "Daughter of Delta Nu" when he was cast as Bruiser in the 2013 production of Legally Blonde. This was definitely type casting.

5. Toot Sweets and Lots Of Treats 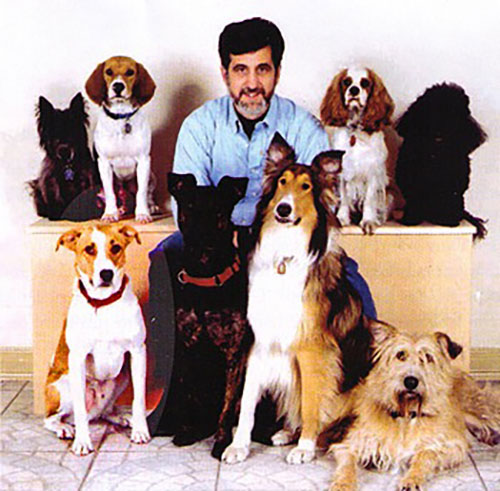 The eight canine co-stars smelled "The Roses of Success" when they were cast in the 2005 production of Chitty Chitty Bang Bang. The dog-stars surround their master, Tony-award winning animal trainer Bill Berloni, who has worked with many acclaimed Broadway barkers – all rescues! -- pictured on this post (including Sunny, star of Annie).

6. Star of Stage AND Screen! 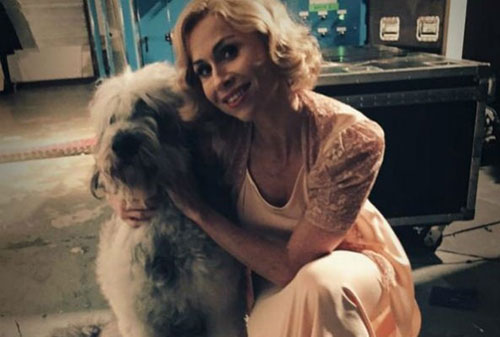 This rescue dog, Bowdie learned to "Never Smile at a Crocodile" when he was cast to be the first real dog to play Nana in NBC's filmed production of Peter Pan.

According to Bill Berloni, the pre-reqs for animal stage actors is they must be obedient BUT can also be loyal to more than one person (a trainer AND the human actors they work with), and come with a personality that is both unstoppable and unflappable. Actually, that sounds like good advice for human actors, too!