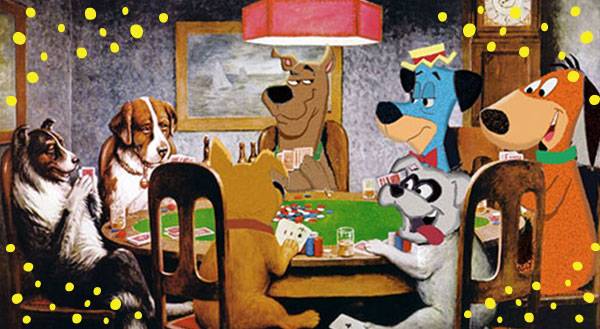 In 1903, C. M. Coolidge was commissioned to do a series of paintings for cigar boxes with the title "Dogs Playing Poker." The collection, which included 16 oil paintings, has become synonymous with clichéd suburban American décor.

Here are 11 artists who have played with the hand Coolidge dealt to hilarious effect: 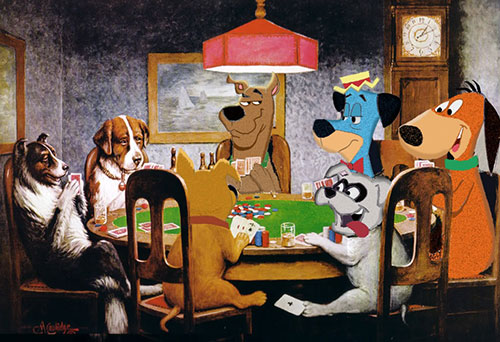 This artist painted over the classic Waterloo painting to make five out of the seven dogs into beloved Hanna Barbera characters. We always knew that Bandit was a bit of a scoundrel, but Scrappy Doo, too? Ruh-roh is all we have to say.

2. Take the Dogs for an Ewok 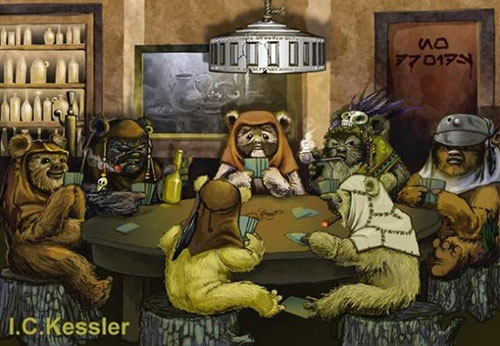 In this re-creation artist I.C. Kessler has reimagined the canine card players as Ewoks . Endor Hold'em anyone? 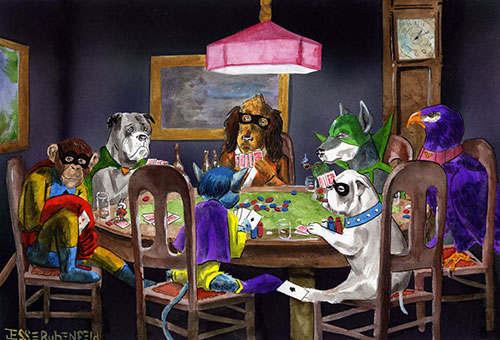 Artist Jesse Rubenfeld's "A Super Bluff" is a riff on Coolidge's painting "A Bold Bluff. In it he's turned this poker game into one with super high stakes – the destiny of the universe. Smart money's on the Superpet with the X-ray vision. 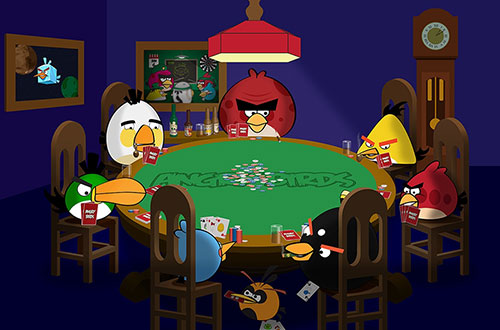 Angry Birds might have the best poker faces EVER – the unchanging scowl makes it seem like they have nothing when in fact they could have a Royal Flush. Artist Jeff Sydor's brilliant take on "A Friend In Need" isn't just a hilarious parody – it's also a great idea for an app. 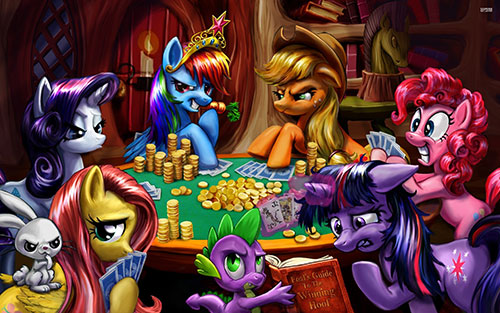 Friendship may be magic, but that doesn't mean they won't take all of your money. 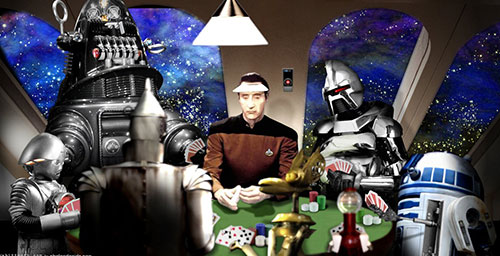 Word to the wise: never play poker with Data as your dealer – his positronic brain gives him no choice BUT to count cards. Still, the bots have our bet. 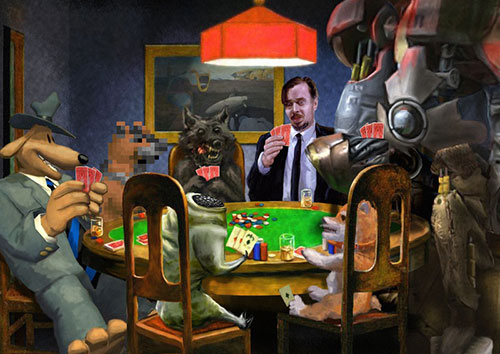 For a serious high stakes game, try playing a hand with Mr. Pink.

8. The Gods of Poker 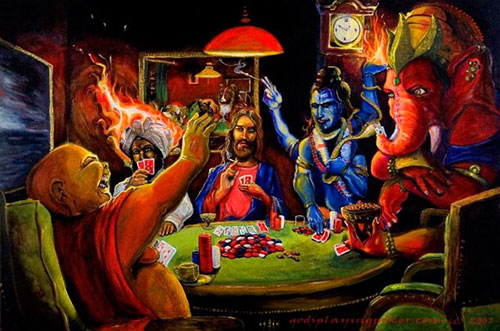 We don't want to know what they're playing for. 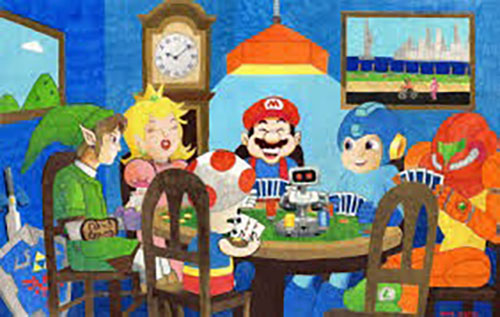 Their winning cards were clearly in another castle. 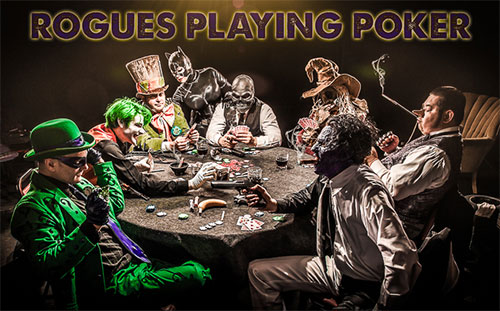 Artist Jon Haverstick has seriously stacked the deck with this full house of liars, cheaters, and thieves. 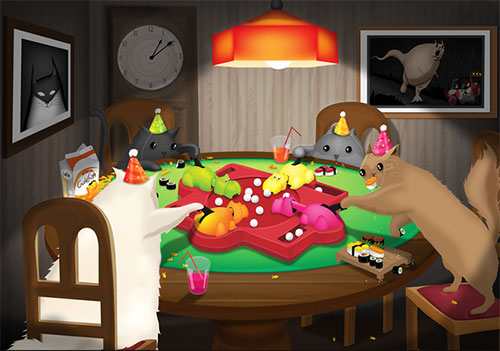 Because not everything has to be as serious as poker.