Hail to the Leash: 15 of America’s Greatest Presidential Pets 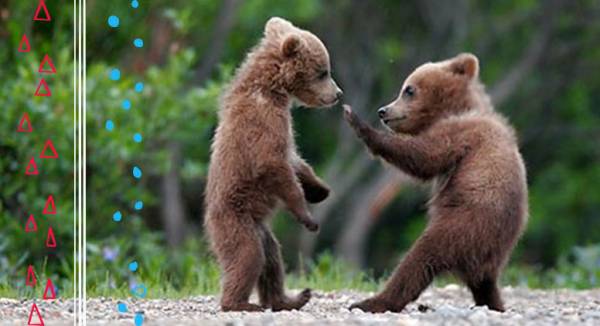 American presidents have been keeping pets ever since George Washington first took the oath of office in 1789. In fact, only three presidents have abstained from animal companionship while in office! But that doesn’t mean there hasn’t been variation among the species who have called the White House home. Here’s our list of America’s most interesting presidential pets: 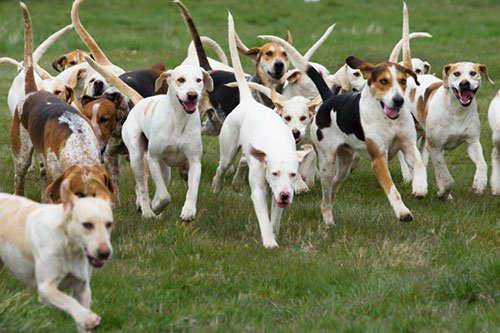 Founding father Washington fancied himself a bit of a dog breeder. As a hobby, he took it upon himself to breed a hunting dog that had sense, speed, and brains, which resulted in his 36 canine companions. 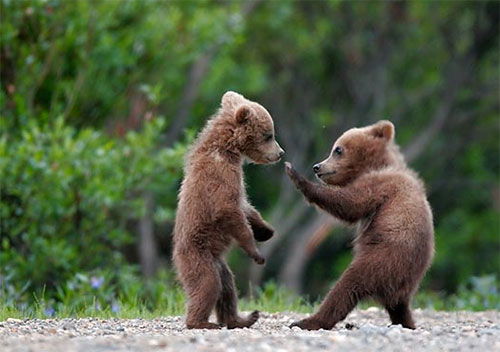 After acquiring land from Louisiana Purchase, Jefferson sent out a series of expedition parties to explore the land and send back samples of their findings. One party, led by Zebulon Pike, decided to send the president bear cubs instead of plant samples. 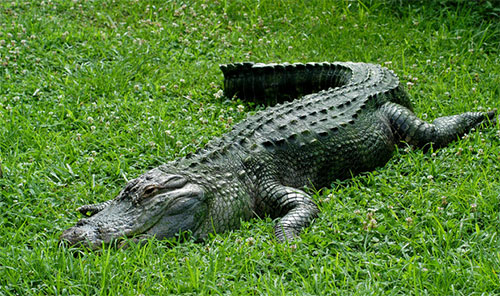 As an exotic gift from the Marquis de Lafayette, John Quincy Adams received an alligator that he actually kept in the East Room’s bathtub! One of the joys Adams took during his presidency was frightening visitors with his reptilian pet. 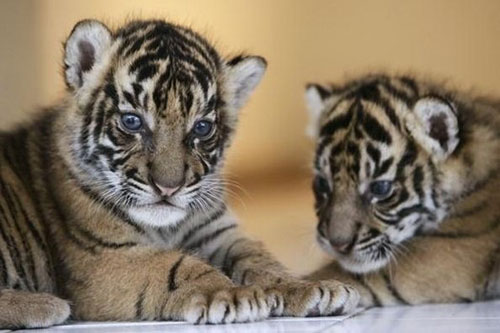 We’re not even kidding. President Van Buren accepted a gift of tiger cubs from the Sultan of Oman. While Van Buren desperately wanted to keep the cubs at the White House, Congress convinced him to donate them to the zoo. 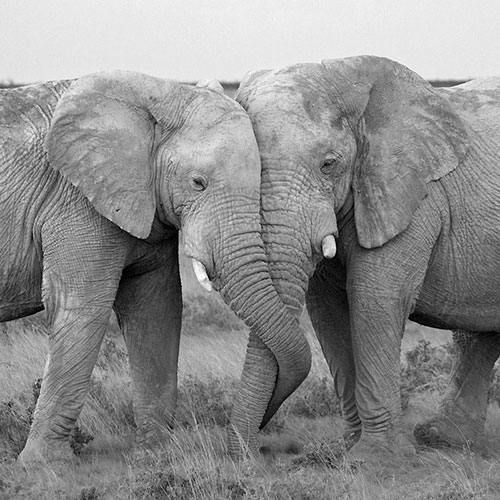 Another exotic gift! President Buchanan received a herd of elephants from the King of Siam, and like Van Buren, sent them straight to the zoo. 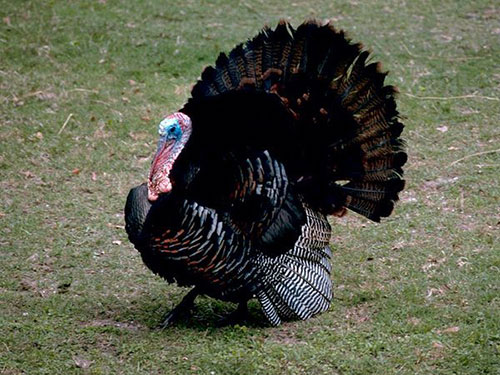 The annual turkey-pardoning is now White House tradition, but it was President Lincoln who first pardoned a turkey from being turned into a dinner. The story goes that Lincoln’s son Tad had befriended the turkey, whose name was Jack, during the weeks in which it was being fattened up. On the day of its appointed execution, Tad interrupted a presidential meeting to plead the turkey’s case. Lincoln, being a gentle soul, pardoned the turkey and allowed Tad to adopt him as a pet. 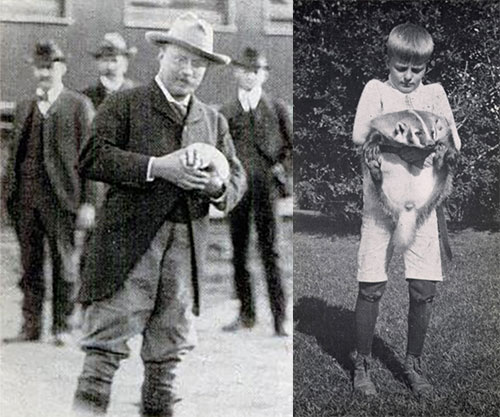 If there’s one single president known for his love of animals, it’s gotta be Teddy Roosevelt. “The Bull Moose” loved nature in all aspects, and it showed in his wide variety of pets: snakes, kangaroo mice, dogs, even a lion! But the most notable of Roosevelt’s pets was Josiah the badger. The favorite of Roosevelt’s son Archie, Josiah was known for his crabby antics, which included biting the ankles of White House visitors. 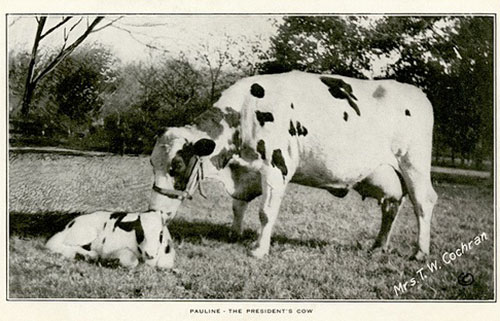 Some presidents had dangerous carnivores for pets; President Taft had Pauline the cow. Pauline, or “Miss Wayne” as she was also known, grazed the White House lawn and her milk was used in the White House kitchen. 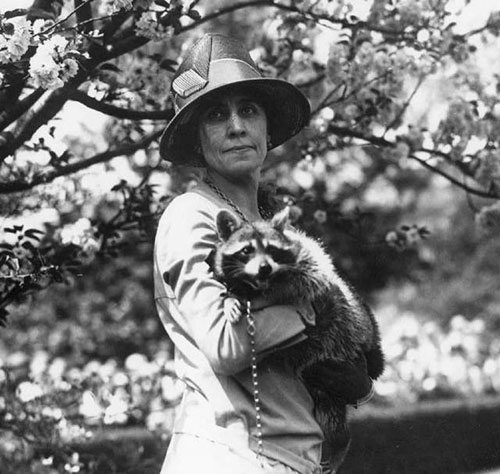 Calvin Coolidge was another president wild about animals. One of his favorites was a Raccoon he called Rebecca. Coolidge and his wife would take Rebecca for walks on a leash, and she explored the White House grounds freely.

10. Coolidge Bonus Round! – Billy the Hippo 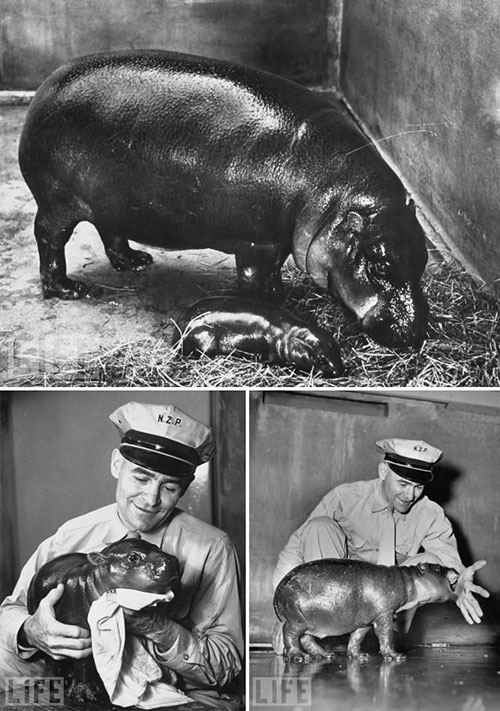 Coolidge was also known for keeping a pygmy hippo by the name of Billy. Billy was a gift to Coolidge by the founder of Firestone Tires after he learned of Coolidge’s animal affinity. A spunky hippo who handlers compared to a puppy, Billy was donated to a zoo after Coolidge left the White House. He’s now known as the ancestor to the majority of pygmy hippos in captivity. 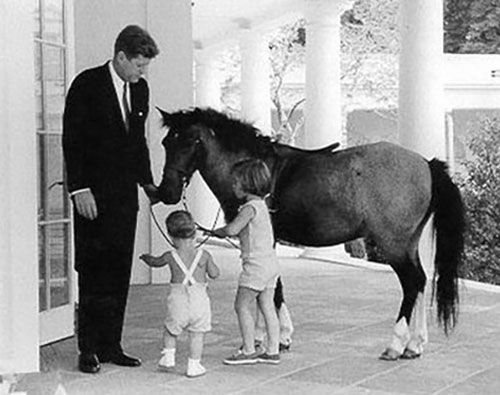 Macaroni the pony was a gift to JFK’s daughter Caroline from Vice President Lyndon Johnson. After Caroline and Macaroni posed for a cover of Life magazine, Macaroni’s popularity skyrocketed, causing scores of young girls to ask their parents for ponies of their own. The cover of Caroline riding Macaroni also inspired then little-known songwriter Neil Diamond to pen the hit “Sweet Caroline”.

12. Lyndon B. Johnson’s Beagles, Him and Her 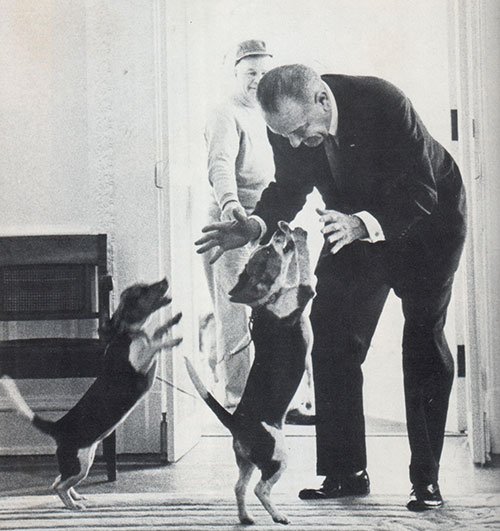 Say what you will about LBJ, but the man had a sense of humor. It showed in his naming of his pet beagles: Him and Her. Unfortunately, both died during Johnson’s term in the White House, in separate freak accidents: Her swallowed a stone and Him got run over by a limo while chasing a squirrel.  In response, FBI director J. Edgar Hoover gifted Johnson a new beagle that Johnson named Edgar. 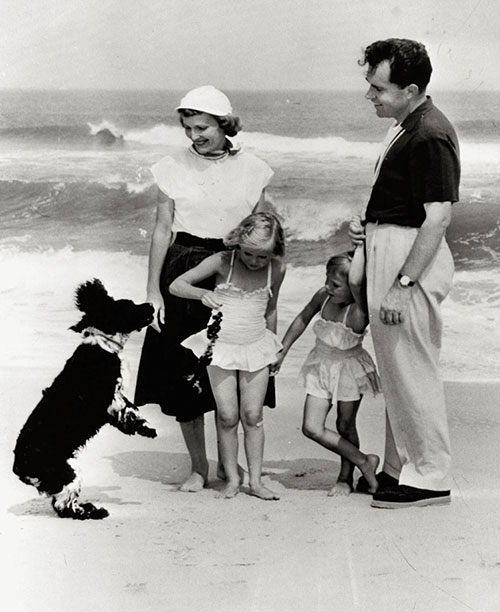 Any presidential pet list would be incomplete without Checkers, Nixon’s notorious dog. Checkers never actually lived in the White House, but came to public consciousness when Nixon defended receiving him as a gift in the famous “Checkers speech.” 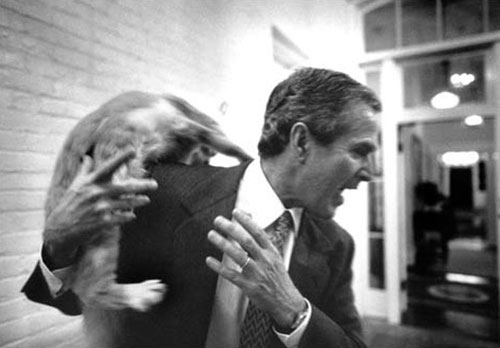 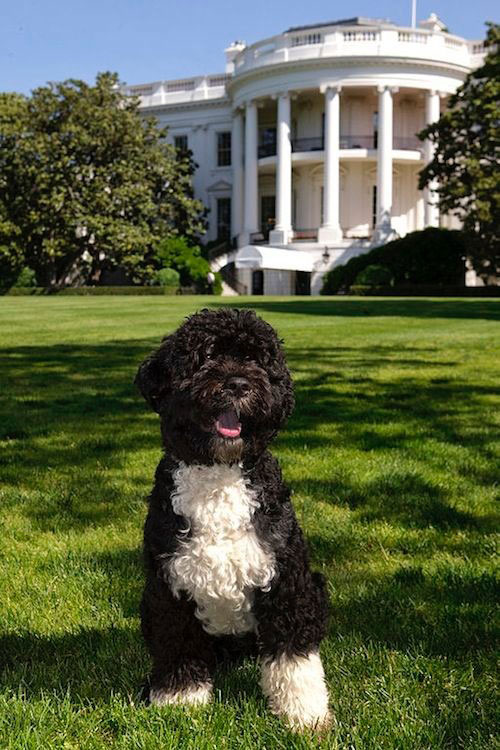 Finally we have Bo, the current White House Canine-in-Chief.  He’s a truly modern dog with a social media presence, book deals, and online fan base. He may not be exotic, but he’s handsome and fits Obama’s low-key style perfectly.

The White House sure has been a zoo at times! Share and let us know what you think the next president’s pet should be!