Police Puppies Who Put The "Aw!" in Law Enforcement 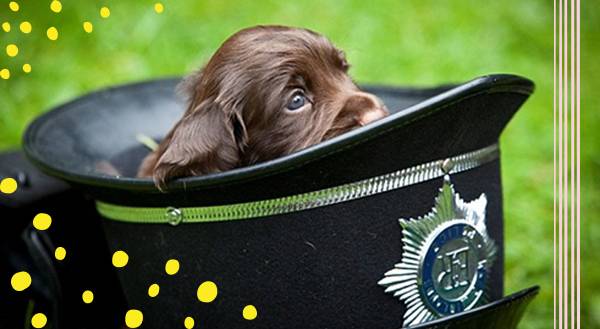 Don't let their cute little faces fool you; these police puppies are serious about learning how to be the top dog on the squad. 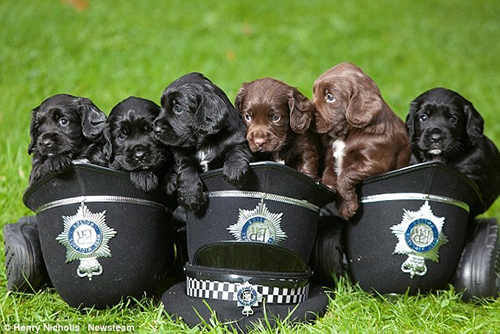 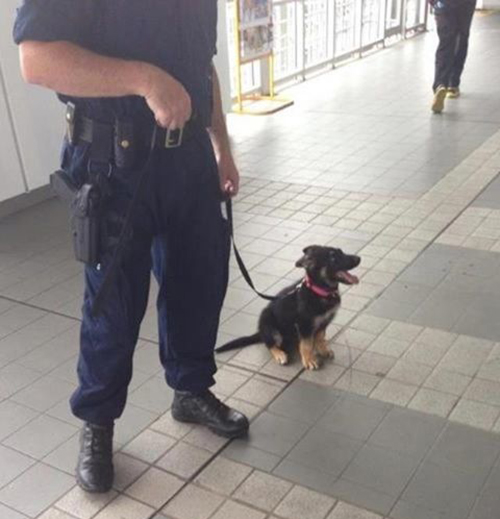 During this time, the dogs are trained to help search for drugs, explosives, crime scene evidence, and missing people. They also learn how to protect their handlers. 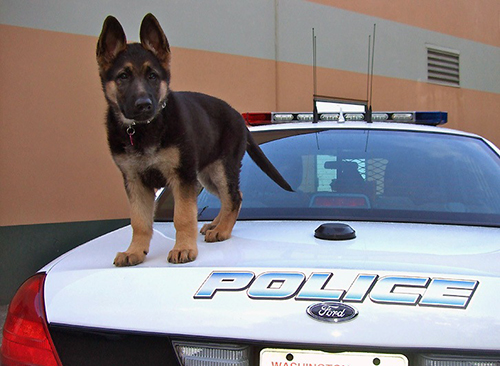 German Shepherds are the most common breed used by law enforcement: 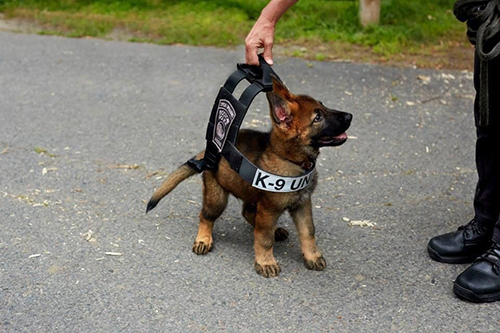 Although Labrador Retrievers, Beagles, Pit bulls, Bloodhounds, and Doberman Pinchers have been known to join the force too! 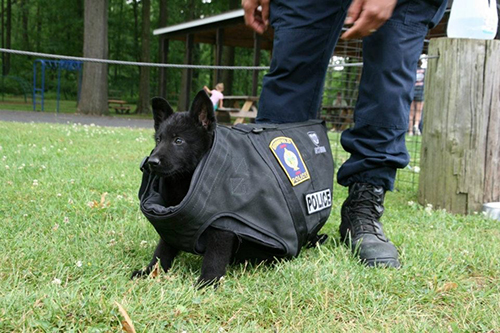 Dogs have been "taking a bite out of crime" since the Middle Ages, when constables used bloodhounds to track down criminals. The bond between officers and their K-9 counterparts is strong, but they maintain a strictly professional relationship. That means NO belly rubs on the way to the donut shop! 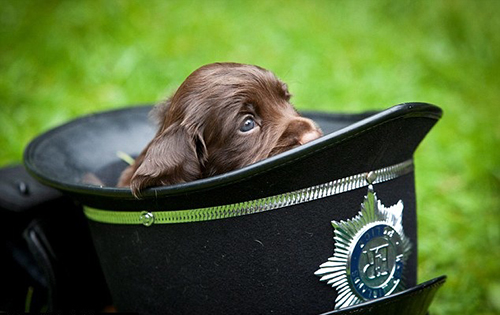 In most states, police dogs are considered to be a full-fledged police officer. Some of them even have their own (adorable) badge! 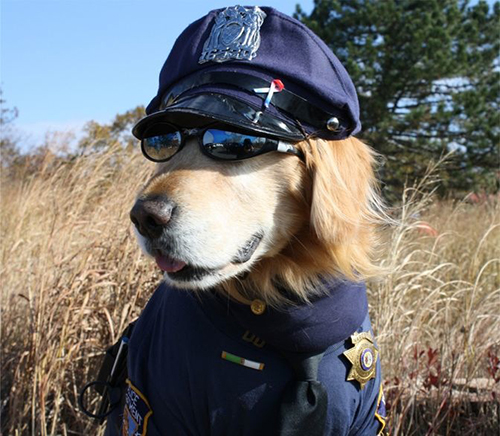 As cute as these brave pups are, REMEMBER: unless an officer gives you permission to pet a police dog, you can't pet it.

Don't worry; the above video is just a training scenario for the 14-week-old pup. We're sure the "criminal" was heavily padded!

We're so grateful for these incredible dogs and their service. 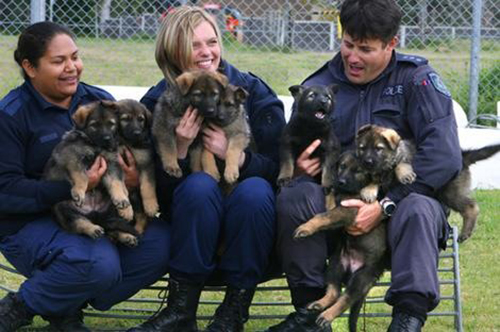