Turns Out the Entire Animal Kingdom is on Tinder 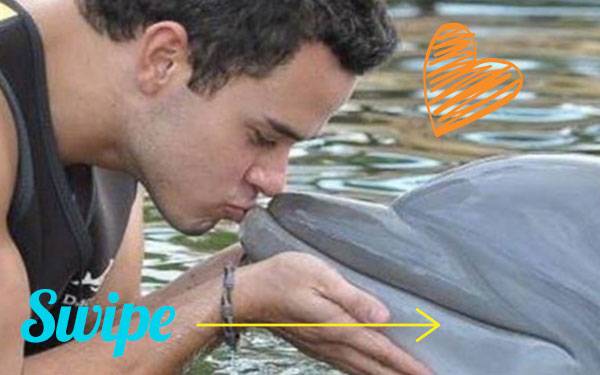 Navigating Tinder can be an overwhelming experience. There’s so much swiping! That’s why it’s always a welcome sight when an adorable animal pops up on our screen. Here are the 11 animals you’re most likely to meet on our favorite guilty pleasure, Tinder.

There might be more tigers on Tinder than in all of Southeast Asia.  A guy posing with a tiger or (or other big cat) wants you to think he’s adventurous and worldly.  In reality, he just forked over a lot of cash to hang out at a wildlife preserve. 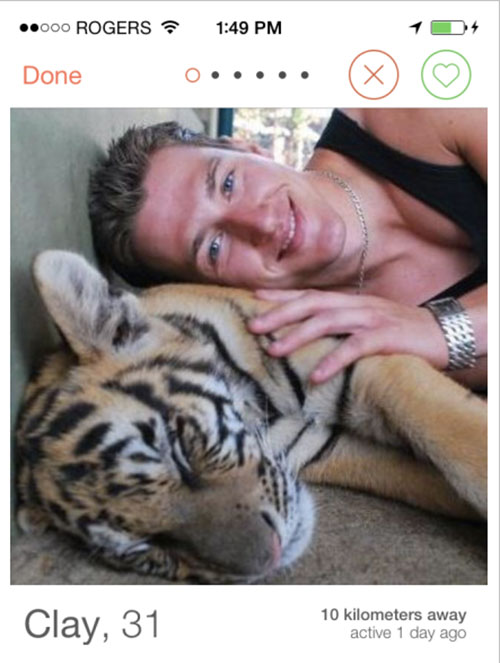 2. The Cute Dog (that’s cuter than its owner)

The Cute Dog is a great way for ordinary-looking people to add to their Tinder allure. In fact, it’s been proven that people with super cute dogs in their profile get, on average, 1000 more matches than the regular Tinder user. Okay it’s not proven, but it’s probably true, right? 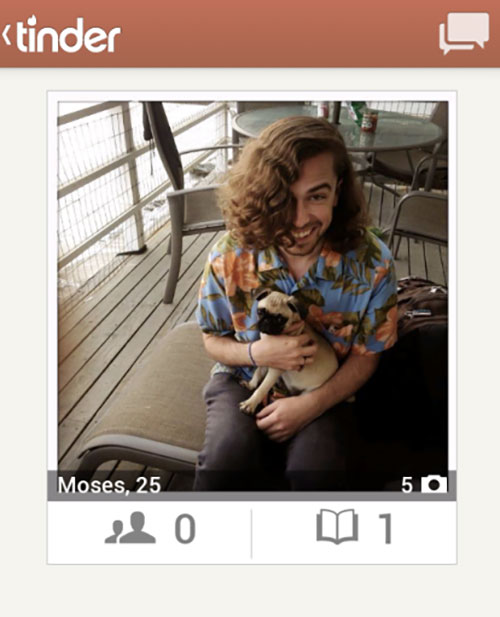 The Shoulder Cat… is probably the only easy way to take a selfie with a cat. But that doesn’t mean it’s not charming! A shoulder cat immediately turns a 6 into a 7 and an 8 into at least an 8.5. 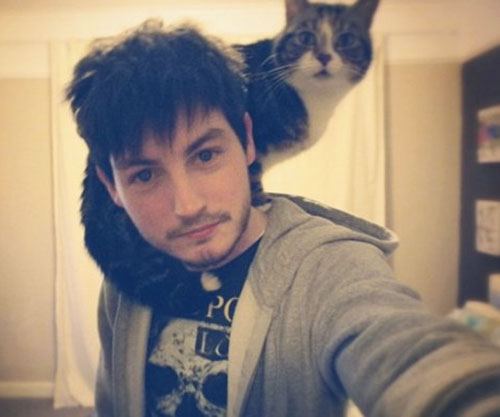 Girls love to pose with horses ALMOST as much as guys like to pose with tigers.  These girls are wild and carefree… and want you to have Catherine the Great on your mind when you talk to them. 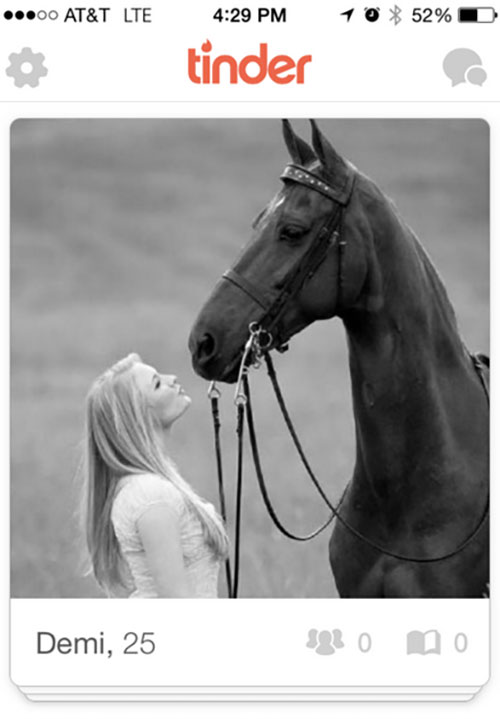 Maybe not all these guys are compensating, but you’ve gotta admit this phenomenon gives a whole new meaning to the phrase “trouser snake.” 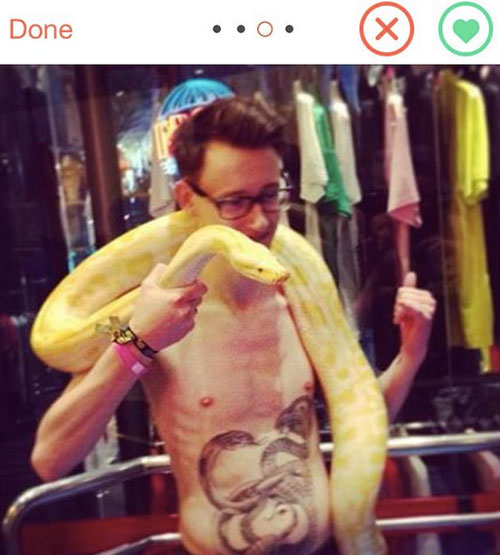 If a person seems like they let their bird eat out of their mouth, SWIPE LEFT. 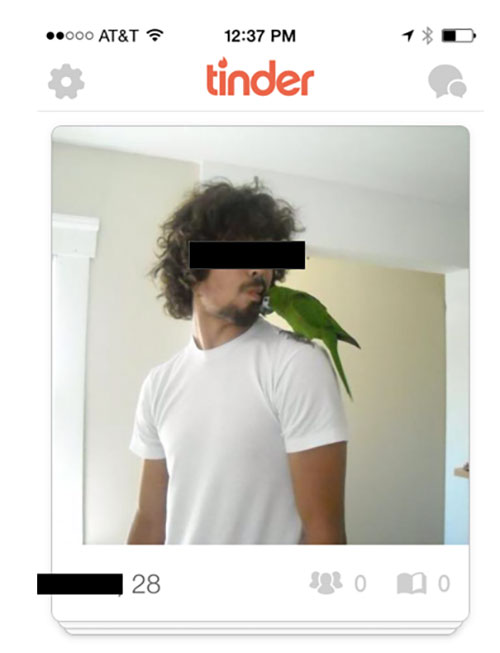 Who told you this was a good idea? Do you think it’s sexy to show us big, dead, scaly fish with their mouths gaping open? Even if there are plenty of fish in the sea, we’d like them to still be swimming. 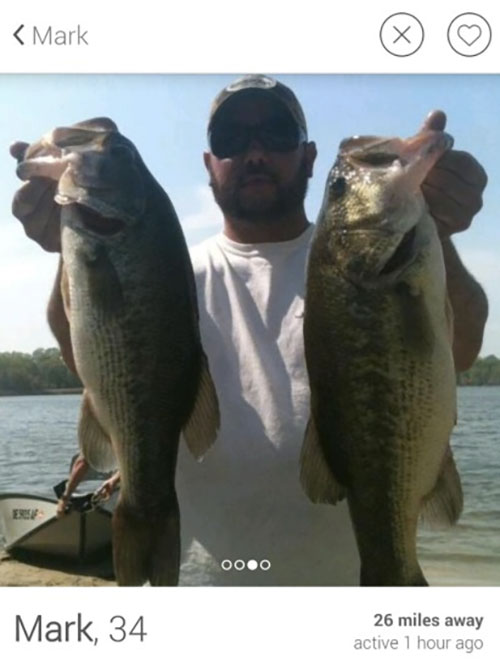 All we ever wanted in a match was a cat lover with Photoshop skills. Bonus points if the cats have lasers shooting out of their eyes. 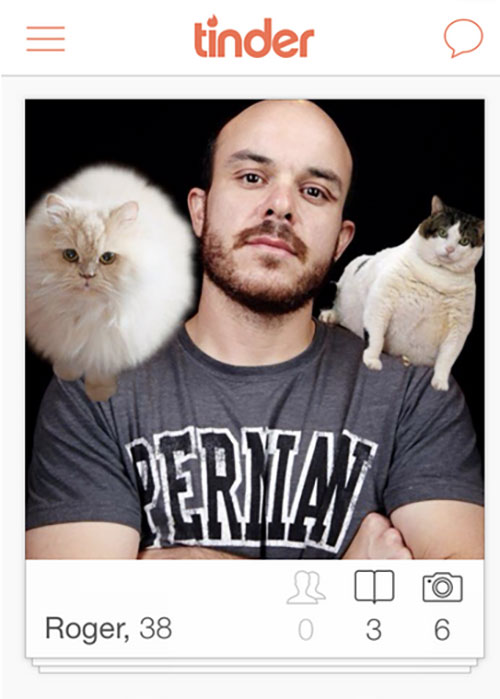 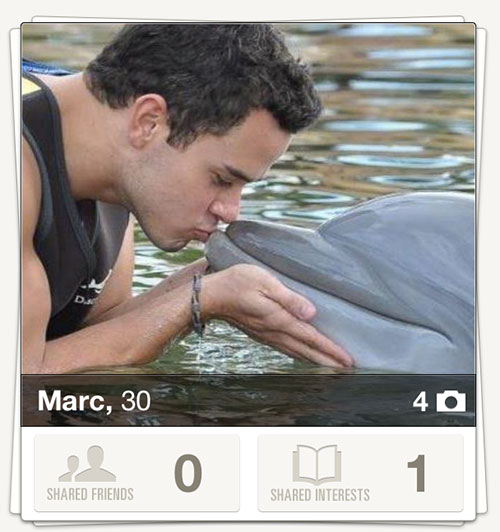 The only time a girl should be dressed like a sexy cat is when she’s appearing in a sexy production of Cats. Outside of that, it’s just confusing. 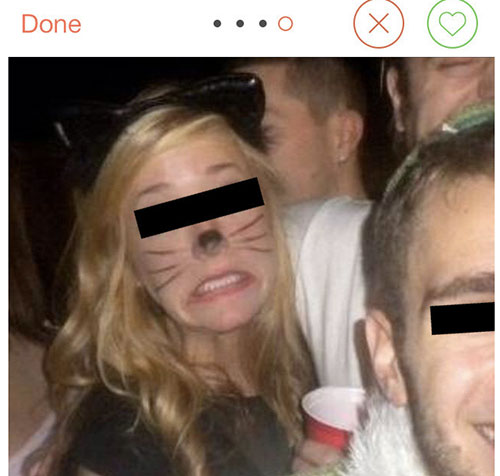 It’s not every day you see a fox on a mountain bike. That said, it’s still pretty f-in’ creepy. 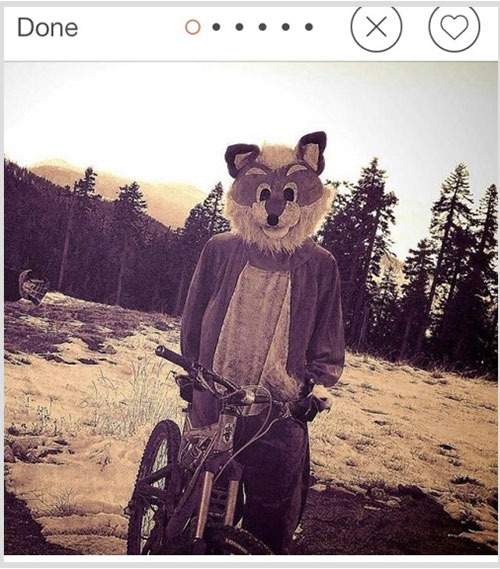