5 Animals Who Were Commuting Way Before That Bus Riding Dog 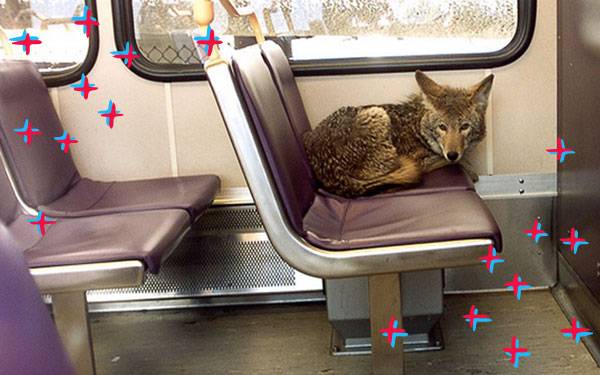 Whenever Eclipse’s owner takes too long with his morning cigarette, the Black Lab/Bull Mastiff mix will hop on the bus and get off a few stops later… at the dog park.

But Eclipse isn’t the only animal with a daily commute.  We’ve found 5 other animals who like to ride solo on public transportation:

In 2008, a goat made the local news in Ohio because she kept trying to hitch a ride to school with her elementary school aged owner.  Nanny was a hit with the other “kids,” but was never actually allowed to hit the road.

A wild coyote hopped on the Light Rail at the Portland International Airport in 2002.  Even though he was removed before the train took off, he still managed to inspire the Sleater-Kinney tune “Light Rail Coyote.” 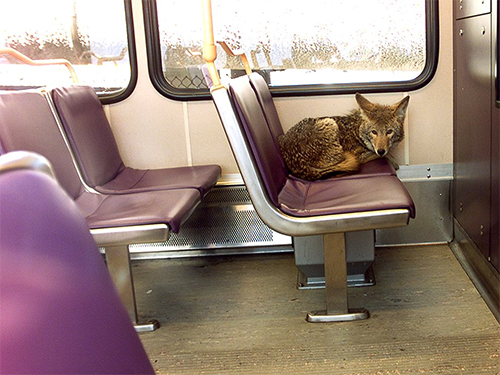 Casper received worldwide attention in 2009 when the BBC reported that the 12-year-old cat would get on the bus every day and stay on-board for an 11-mile journey.  When Casper passed away in 2010, he was immortalized in the children’s book Casper the Commuting Cat.

Rhesus Monkeys pretty much have the run of Delhi, India.  They’ve even taken over the Indian Parliament building and have been known to chase the Prime Minister out of his office.  In 2011, a monkey was filmed riding the metro.  He seems to be a pro at public transport—he even knows to hold onto the railing until he finds a seat.

5. Stray Dogs on the Subway

Most humans have a tough time navigating their way through Moscow’s complicated subway system.  That’s why it’s extra impressive that the city’s stray dog population has taken to riding the rails.  The dogs take the underground train into the more populated parts of town in order to beg for food.  They even obey traffic signals!

Now that you've seen these commuting critters, you can prove to everyone that you know who the real public transportation pioneers are.  Maybe then they'll stop blowing up your Facebook feed with the same video of the same bus riding dog.