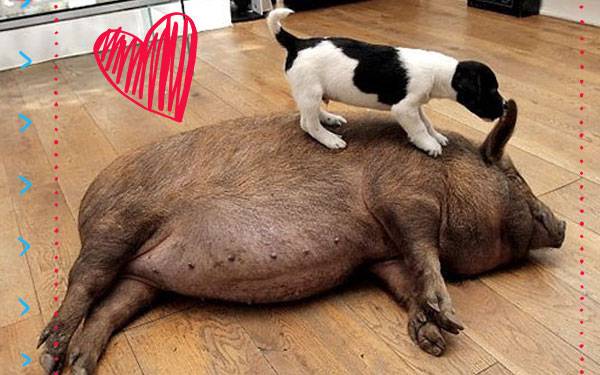 When CBS announced they were rebooting The Odd Couple, we couldn’t help but wonder what the show would look like if it starred some real life animal odd couples.  Here are our top choices for the cutest and most cast-able interspecies pairs.

1.This orangutan wants to eat bananas all day, but his hound friend keeps pestering him for his daily walk! Hilarity ensues. 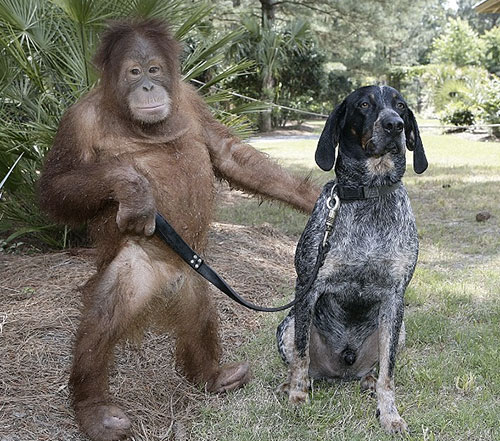 2. This lamb and pug can put aside their differences in order to get some more nuzzling time in. Awww. 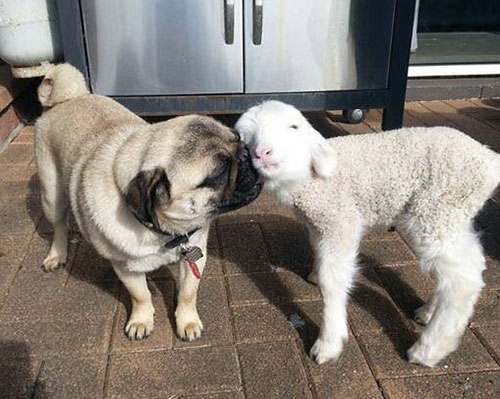 3. Turns out this fawn and fox already have some acting chops! Here they are recreating a scene from Bambi. 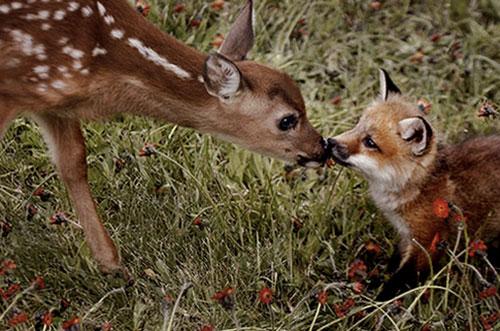 4. And this next cuddly duo is so cute, we can BEAR-ly stand it. 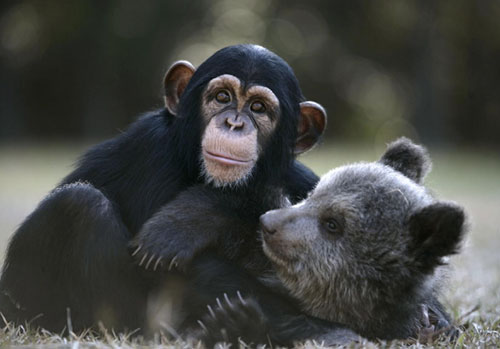 5. How’s this for series longevity: we predict this cub and puppy will still be best friends even after they’ve grown up. 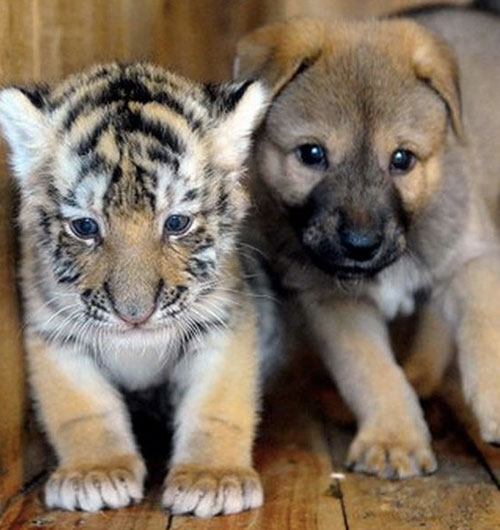 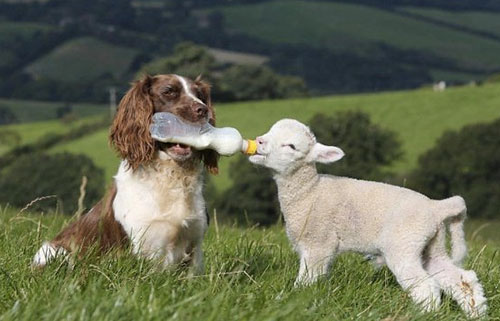 7. Viewers waiting for a CATastrophe will be disappointed, cuz this pair is a match made in heaven. 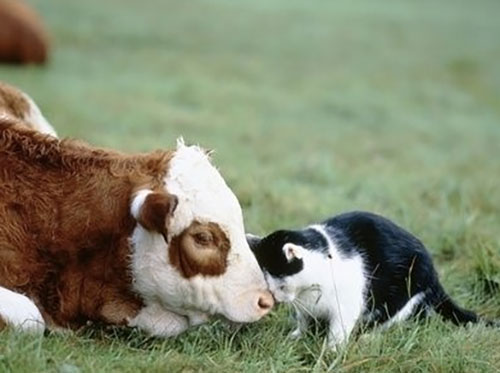 8. Toad is getting tired of carrying Rat through life. It’s got to stop… before next month’s rent is due. 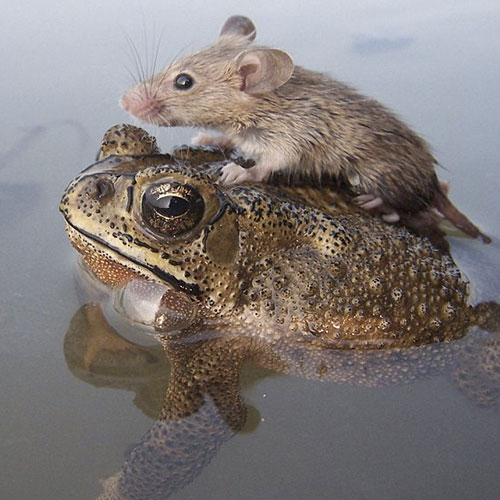 9. These ‘cool cats’ are already dressed in their actor’s blacks. So what if one is actually a bear? 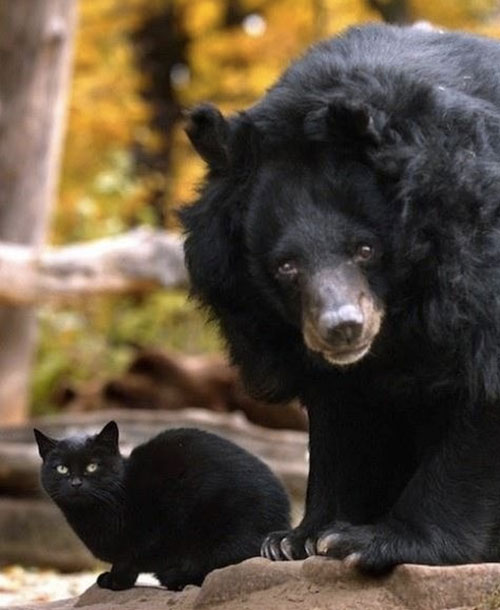 
11. And this puppy will not tolerate such a lazy roommate! 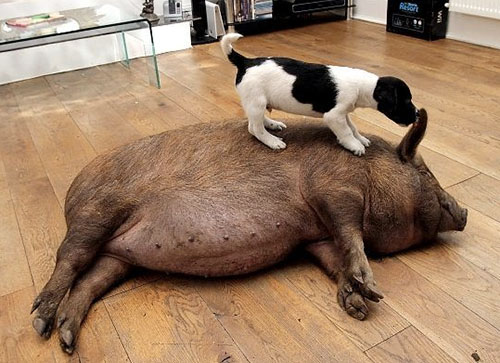 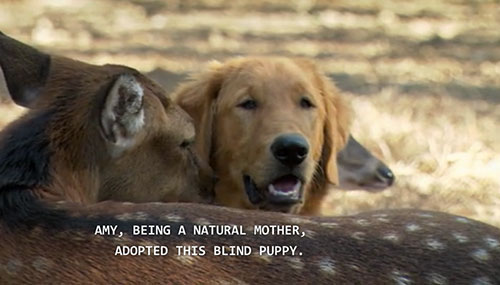 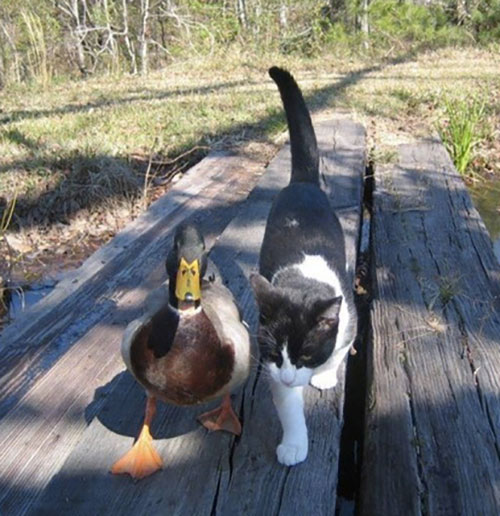 14. You can’t teach chemistry. Even though they’re divided by water, this elephant and sea lion definitely got the goods. 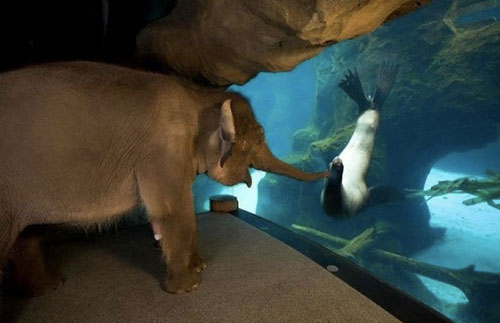 15. Count on this miniature horse and his tawny friend making viewers laugh with their hijinks. 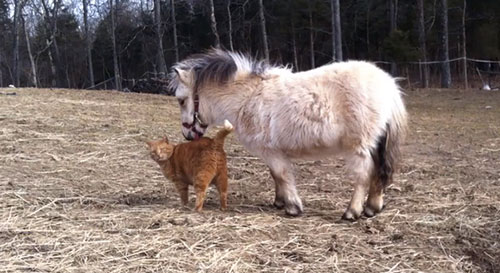 16. This chick won’t stop wearing his cat as a hat. We guess that’ll save some money on the costume budget. 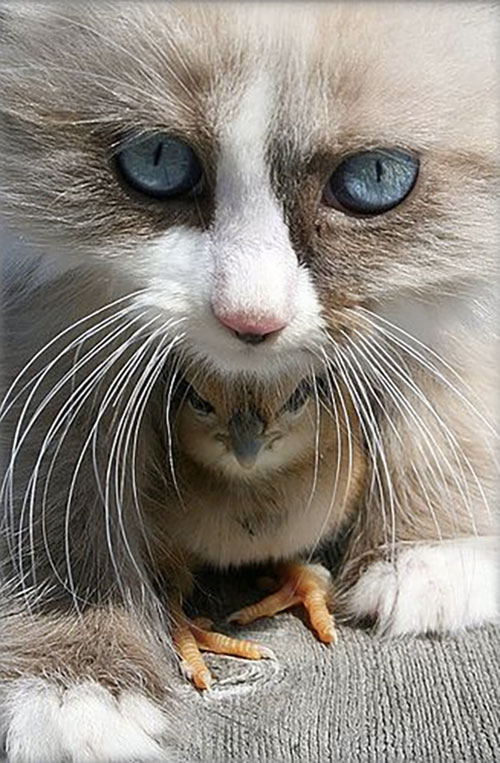 17. And finally, there’s nothing more “must-see” than this two-legged Chihuahua and his fluffy chicken soul mate. They’re as inseparable from each other as they are from our hearts. 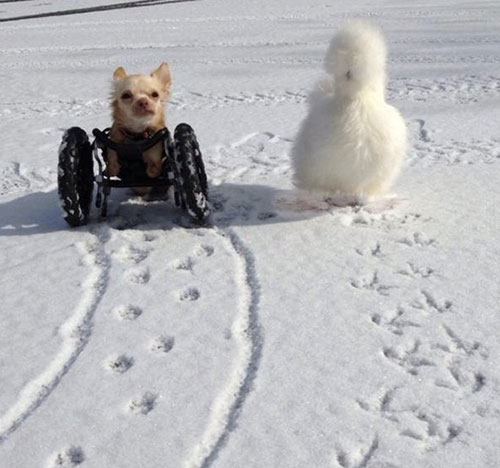